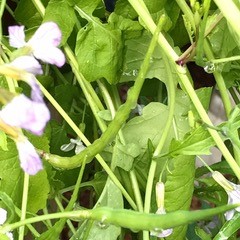 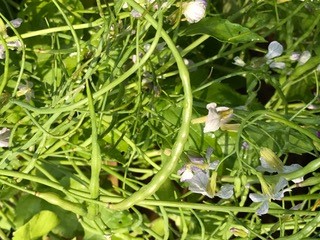 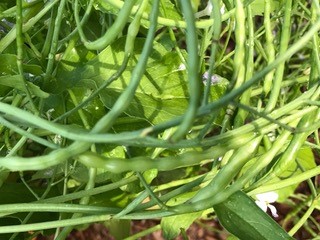 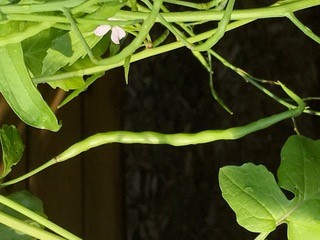 Unlike the traditional underground, round, red radish, rat’s tail is an edible pod that sprouts from pale pink flowers that in turn, sprout from long, flowing stems.

A non-stop summer performer, rat’s tails are easy to grow and won’t fade away in the heat like most radishes do. This is certainly not a cool-season radish – they thrive during  warm summer days and prefer full sun. Similar in appearance to a long bean, (and a rat tail!), this edible pod is delicious fresh from the garden, is a great addition to stir-fry’s and is also an easy pickling vegetable.

Butterflies flock to the flowers and continued  pod harvest will also continue to produce new flower growth and in turn, more radishes.

Rat’s tail is an Asian heirloom that was introduced to the U.S. in the 1860s and has been growing ever since. Plant this interesting, easy-care and colourful radish every two weeks over the season for a continued harvest.

I'm a Horticulturalist, Master Gardener and member of the Garden Communicators Association who enjoys playing in the dirt and experimenting with different veggies, plants and flowers in my Zone 5 garden. Check out my website http://www.wowmygarden.ca. With a recent addition of a greenhouse, my newest passion is growing-your-own. And what fun that is. Yes, there's the odd failure, and always plenty to learn, but there's nothing quite as satisfying as walking through the veggie patch collecting dinner.